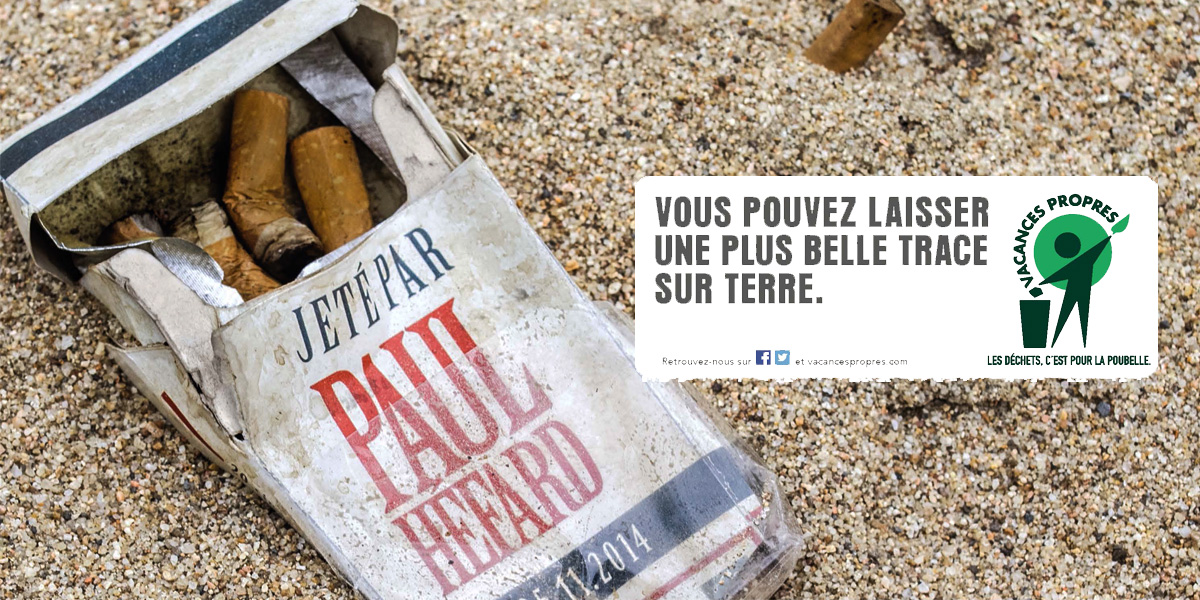 Responsible holidays for a cleaner and healthier future

Thousands of tonnes of litter make their way to our environments, our rivers and seas across Europe each year. As the summer holidays begin, we enter what is probably the most litter-sensitive period of the year for our marine environments. Now is one of the most crucial periods to have the proper litter prevention measures in place in order to protect the rivers and coastlines that are among the favourite holiday destinations.

In order to continue to raise awareness of the importance of disposing of one’s leftovers responsibly, Vacances Propres is re-launching the very successful litter prevention campaign it ran last summer. The key message (loosely translated as) “you can leave a better footprint on earth” - alongside a littered item carrying the name of the perpetrator and the date of the crime - reached an estimated 1.3 billion views.