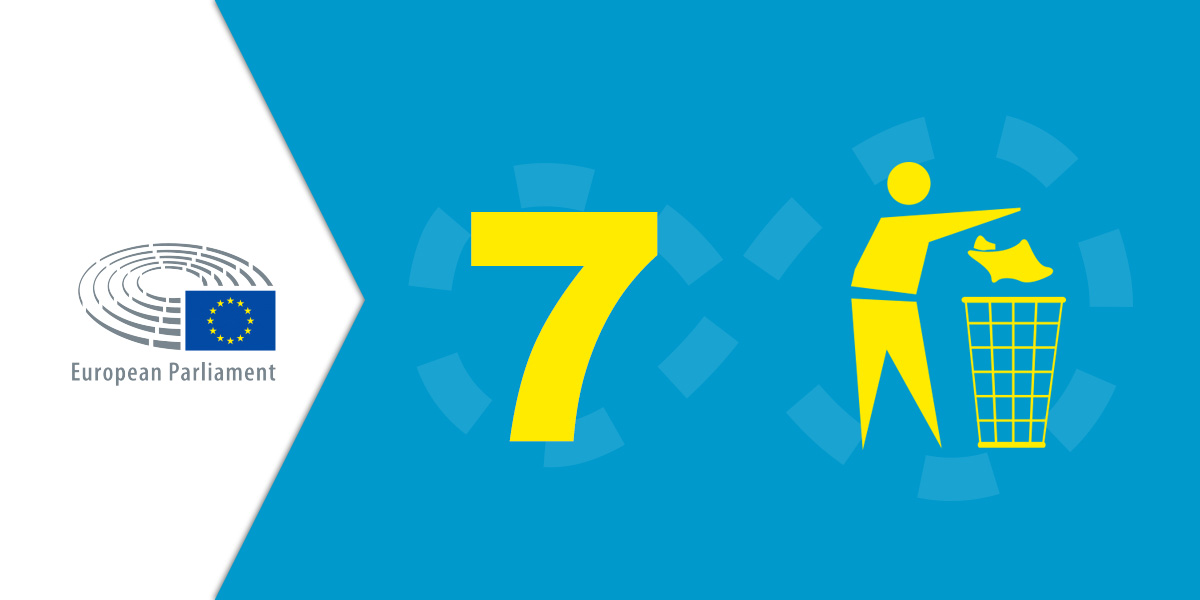 14 March 2017, Strasbourg: The Clean Europe Network welcomes the 7 breakthrough propositions for sharing responsibility for litter prevention included by Parliament and Commission as part of the revision of the EU’s 2008 Waste Directive, designed to promote a circular economy in Europe.

“If they are serious about making a difference, EU Member States must accept and implement these smart, no-nonsense measures to share responsibility for litter and prevention of littering,” said Derek Robertson, current President of the Clean Europe Network and chief executive of Keep Scotland Beautiful. “The Clean Europe Network’s goal to achieve a litter free Europe by 2030 is a step closer today. These recommendations by MEPs and the Commission will help get it done – with the people of Europe, producers, local authorities and central governments all working together.”

The Clean Europe Network estimates that litter clean-up costs the EU taxpayer €11 to €13 billion annually, public money which could, in part at least, be better spent on other priorities. The wind and waterways carry litter all across the continent to the seas and the ocean. As 80% of marine litter comes from the land, the problem in our seas cannot be tackled realistically without stopping littering on land. The 7 breakthrough propositions add up to a major step forward for litter prevention across the EU.

The first ever definition of “litter” at EU level was put forward today by the European Parliament. Agreeing a definition opens the way to clear implementation in the 28 EU member states of shared responsibility for litter and prevention of littering, as proposed by the Commission.

For the first time, it is proposed that dropping litter become an offence in all EU countries. Citizens who do not take their responsibility seriously will be breaking the law and subject to fines or other sanctions.

For the first time, member states must develop a national litter prevention strategy as an integral part of national waste management plans. Research by the Clean Europe Network shows that the vast majority of existing national waste management plans contain no substantive strategy whatsoever on litter prevention. In future, national plans will be required “to combat all forms of littering and clean-up all types of litter” (that could include, for example, tobacco waste, chewing gum, packaging, newspapers and magazines, paper personal hygiene products, and others).

For the first time, it is proposed to develop a common European methodology to measure litter so that member states can monitor and assess their litter prevention measures. Without having a common method to measure, it is hard to make any sense out of litter reduction targets, on land or in the sea. The good news is that the Clean Europe Network has already developed the first ever common European litter measurement and monitoring methodology.

For the first time, member states must identify the products that are the main sources of littering in the natural environment and take measures to reduce them. This can help address the marine litter problem.

For the first time, producers will be required to pay for public information and communication campaigns on prevention of littering: today’s on-the-go lifestyles increase the risk of products being dropped as litter.

For the first time, the definition of municipal waste has been explicitly extended to cover collected litter: by doing this the Commission and Parliament have clarified the share of responsibility for litter that falls to local authorities covers cleansing activities.

The Clean Europe Network is delighted to see the Parliament ant the Commission aligned on this set of breakthrough propositions for litter and prevention of littering in Europe and urges the 28 EU member states to accept and fully implement the whole package.

“The Commission and Parliament have started a process at EU level which we believe will lead to a better sharing of responsibility for litter prevention among all stakeholders. The EU is giving impetus to work that will make a difference to the everyday lives of hundreds of millions of Europeans,” says the Clean Europe Network’s Robertson. “Given our unique reach to citizens concerned with litter across Europe, the members of the Clean Europe Network are eager to assist national governments, public agencies and industry bodies to develop meaningful action plans and long term strategies that will engage the public and deliver positive change to the littering behaviour of many millions of people across Europe.”