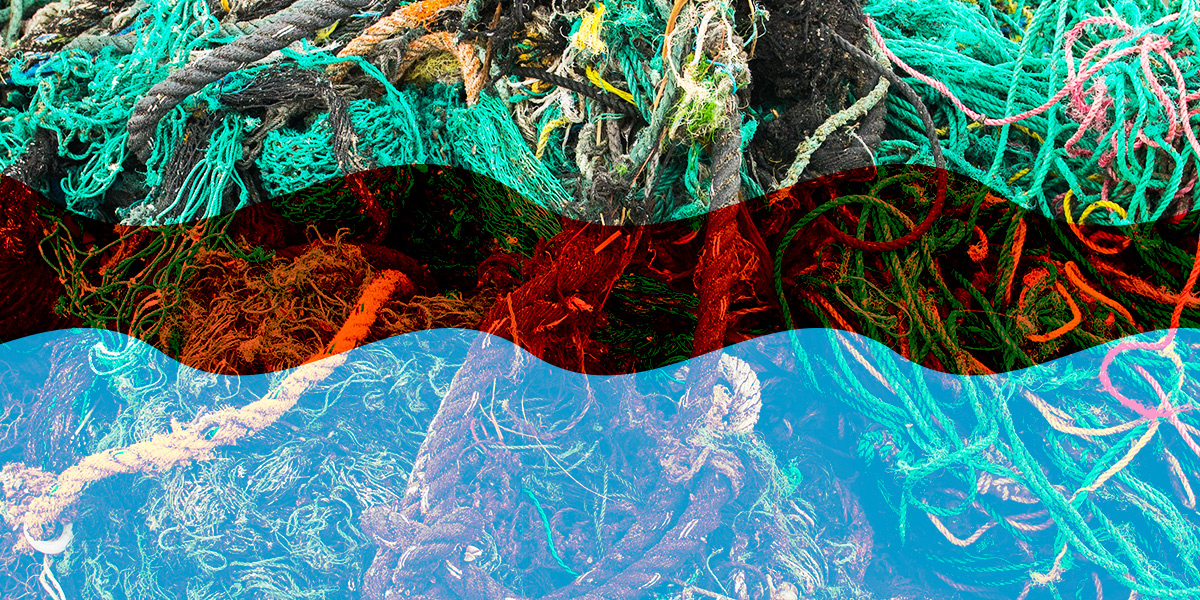 Fishing nets constitute an important part of the marine litter challenge. Bits and pieces of used fishing nets (made of plastics nowadays) can be found lying on the ocean floor in many places across the globe, trapping and threatening all kinds of sea life – a phenomenon known as “ghost nets”.

In the summer of 2017, volunteers collected more than 20 tonnes of marine litter on the beaches of Svalbard, the massive Norwegian archipelago close to the North Pole, of which more than one third was fishing nets (fragments). A thorough investigation of 2 tonnes of the fishing nets accumulated showed that, as it turns out, almost all fishing nets were thrown out at sea deliberately.

If most of the marine litter from fishing nets is attributable to deliberate and inappropriate disposal of used nets by some of the less conscientious fishermen out at sea, the authors of the survey conclude that the solution to this kind of marine litter is easy: it is about engaging with the fisheries sector to change behaviour and increase awareness. Protecting the marine environment concerns their very own livelihood and the amount of microplastics in the sea.

Dedicated initiatives already exist. Tackling marine litter from abandoned fishing gear is one of the objectives of the Marine Litter Regional Action Plan that is being implemented by the EU and the 15 governments that cooperate to protect the marine environment of the North-East Atlantic under the OSPAR Convention.

But more must be done. Indeed, the finding of deliberate littering of fishing nets is unfortunately consistent with the similarly detrimnetal littering of strapping bands, the thin long stripes of plastic used to attach frozen fish boxes on board ships, which have also been found in batches on beaches in the Artic.

The Dutch researchers at Wageningen Economic Research that carried out the investigation were inspired by other research being done to track marine plastic pollution in the Artic (MARP), a collaborative effort that is supported, among others, by Keep Norway Beautiful, a member of the Clean Europen Network.