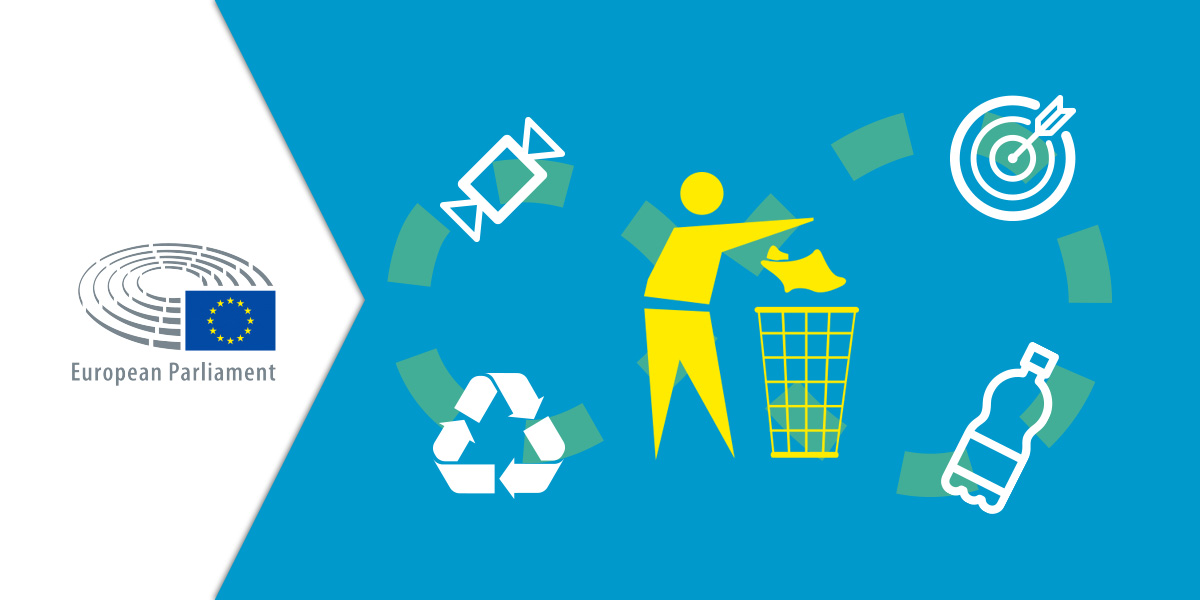 MEPs are pushing for three key things. Firstly, they want to place an obligation on Member States to establish national packaging waste prevention programmes. Secondly, MEPs want to promote more re-usable packaging. This could result in more interest in deposit return schemes (indeed, MEPs are recommending this). And, thirdly, they are proposing higher packaging waste recycling targets per material type.

These three areas tend to interrelate in practice, of course, and could impact litter and littering in one way or another. Overall, it is clear that Environment Committee MEPs want to encourage national governments to make greater use of economic instruments to make progress on all these goals.

As part of the prevention effort, the Environment Committee wants it to be mandatory for Member States to “take measures to achieve sustained reduction in consumption of packaging that is not recyclable” and of “excessive packaging”. Today there is an element of public confusion (and perhaps also among some policy-makers) about the distinctions to be drawn between packaging that is “non-recyclable” and packaging that is “not recycled”. A proposed amendment that would have authorised and encouraged member states to put in place national reduction targets and market restrictions on specific single use packaging (such measures are often advocated as a way to stop litter) was solidly rejected.

As for re-use, MEPs propose that Member States be obliged to support the greater uptake of reusable packaging but qualify this by saying that this must be “without compromising food hygiene and the safety of consumers”. They propose that by 31 December 2025 a minimum of 5% by weight of all packaging waste generated be reused rising to a minimum of 10% by 31 December 2030. As already mentioned, this could result if adopted in more interest in deposit-return re-use systems.

On general targets for recycling: MEPs want a Union-wide target to recycle a minimum of 70% by weight of all packaging waste generated by 2025 and 80% by 2030, whereas the Commission initially called for 65% and 75% respectively.

On specific material targets for recycling of packaging: MEPs are calling for higher targets by weight for recycling in all categories compared to the Commission proposal (which is noted after in parentheses):

It remains to be seen if these will be accepted but, in the case of paper and plastics, the rates seem to be very ambitious. It would not be unreasonable to assume that these high targets have been included to help build the European Parliament’s negotiating position with the 28 member states in due course, when it comes to agreeing a final deal.

On extended producer responsibility (EPR), the Environment Committee sees EPR as a key tool to be used by Member States to prevent packaging waste. It, therefore, wants EPR to become mandatory, so that the cost of the end-of-life phase is internalised in the price of packaged products all across the EU. Today it is not obligatory even if it is widely implemented in practice across most of the EU. This would presumably cover an element for litter prevention communications.

What’s next: against our initial expectations, the main spokesperson for Parliament, Simona Bonafè, has decided that she will first put the Environment Committee proposals to a vote in Strasbourg in the week of 13 March 2017 to get the views of the full parliament. This means that some amendments defeated in committee and/or some new amendments may be put on the table for plenary vote.

After that, the Council of Ministers has to finish its work and put forward a common position. With these two formal positions in hand, a “trilogue” (or tripartite negotiation) will be started with negotiating teams from the Parliament, the Council of Ministers (the 28 EU Member States) and the Commission. The objective is to reach a consensus position on a final package. This may be achieved by the end of the year but it is too early to predict that with certainty at this stage. Final implementation in 2020 still looks like a likely scenario.