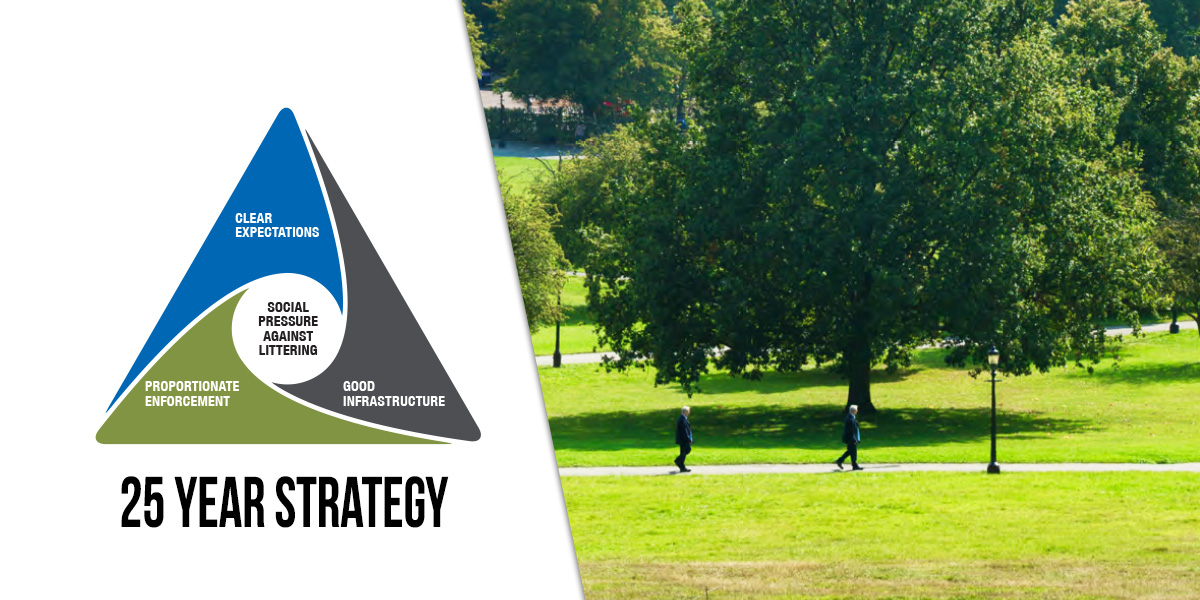 The British government recently published a National Litter Strategy for England which outlines key strategies to achieve its ambition “to be the first generation to leave the natural environment of England in a better state than it found it.” The manifesto starts with “We want our whole country to be a great place to live in, with clean water and air; beautiful countryside to enjoy and urban areas that are prosperous, vibrant and welcoming. A littered environment is bad for our wellbeing, and bad for the economy.”

The impulse for the litter prevention strategy is clear and, with the multiple litter prevention partners that have already been involved in its elaboration, its scope is comprehensive. “Street cleaning cost local government £778m in 2015/16 and 81% of people are angry and frustrated by the amount of litter lying all over the country. The overall aim of the Strategy is to change the behaviour of those who currently feel that it is acceptable to drop litter.”

In order to achieve this ambitious programme to change the behaviour of those who currently feel that it is acceptable to drop litter, the strategy proposes to start with robust and affordable litter measurement methodology to help measure change and identify the biggest litter challenges, followed by a strong push in education and awareness raising. Among others, the strategy recognises that a “compelling communications campaign is a common feature of almost all successful international approaches to tackling litter.”

The strategy also aims to engage local communities and support existing initiatives to reduce litter. Given the important litter prevention leadership role that businesses can play and the negative economic impact of litter on businesses, the strategy also aims to make a compelling business case of litter prevention by exploring ways of increasing recycling and reuse of packaging and by considering the ways in which packaging could reduce the incidence of litter through improvements in design and labelling, for example.

Finally, the strategy aims to reduce the incidence of littering by improving enforcement and providing better cleaning and litter infrastructure.

Interestingly, in the context of promoting the wider shift towards a circular economy, greater resource efficiency and better waste management, the strategy also focusses on the opportunity to encourage people to recycle more, including “on the go”. There have already been several initiatives that go in this direction, notably the recent coffee cup recycling initiative launched in the City of London.

Please visit the UK government’s website to find out more about the National Litter Strategy for England: www.gov.uk/government/publications/litter-strategy-for-england