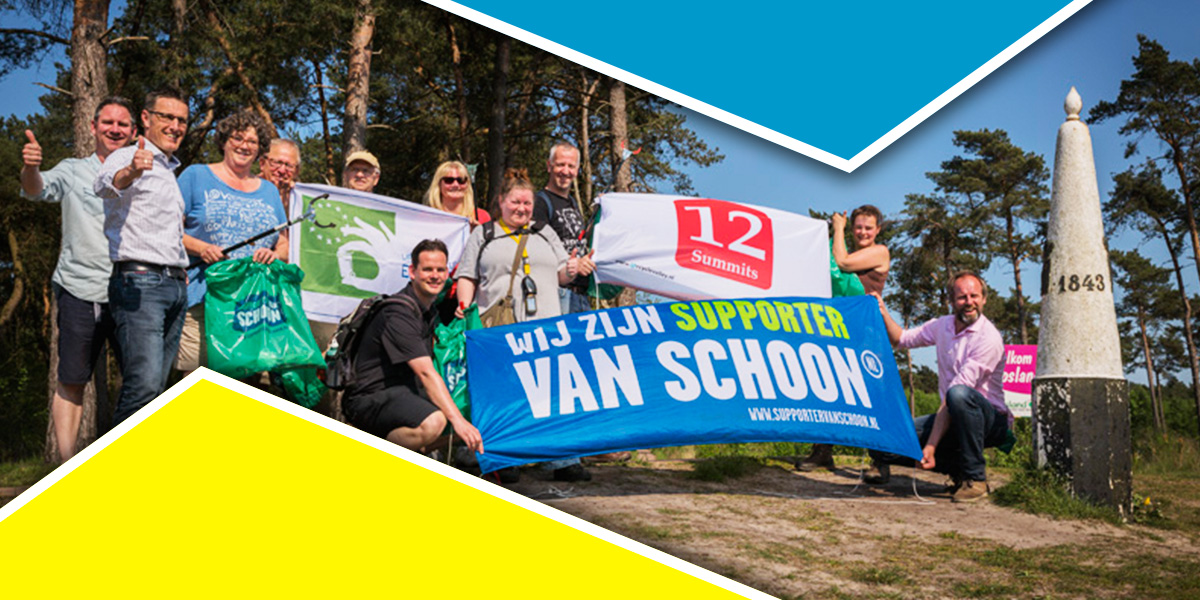 12 Summits: Netherlands reaching for the top

During the 2016 “Let’s Clean Up Europe” weekend dozens of volunteers participated in “12 Summits”, an initiative of Recycle Valley. Together with enthusiastic nature lovers, four of the summits of the twelve provinces in Holland have been stripped of litter. The Klimduin in Schoorl (Noord-Holland province), the Venakkerbos in Bergeijk (Noord-Brabant province), the Amerongse berg (Utrecht province) and the old city centre of Urk (Flevoland province).

The goal of the 12 Summits project is to create awareness of the presence of litter in the Netherlands and to actively clean it. By climbing the highest points of the 12 provinces of the Netherlands, and clean these with local stakeholders and parties, a distinct statement is made about a cleaner Holland.

By cooperating with nationwide parties such as Supporter van Schoon and Staatsbosbeheer and the participating municipalities, the 12 Summits initiative is a growing success. Not only does it show the benefits of cooperating locally in achieving a cleaner municipality, the initiative would also like to propagate this nationwide. During the Let’s Clean Up Europe days it has now gone beyond our borders. Bergeijk’s Summit was a nice example, here the clean-up took place together with our Belgian neighbours on and across the border.

With four “12 Summit” clean-up actions each year, within three years the 12 Summit relay will be completed.