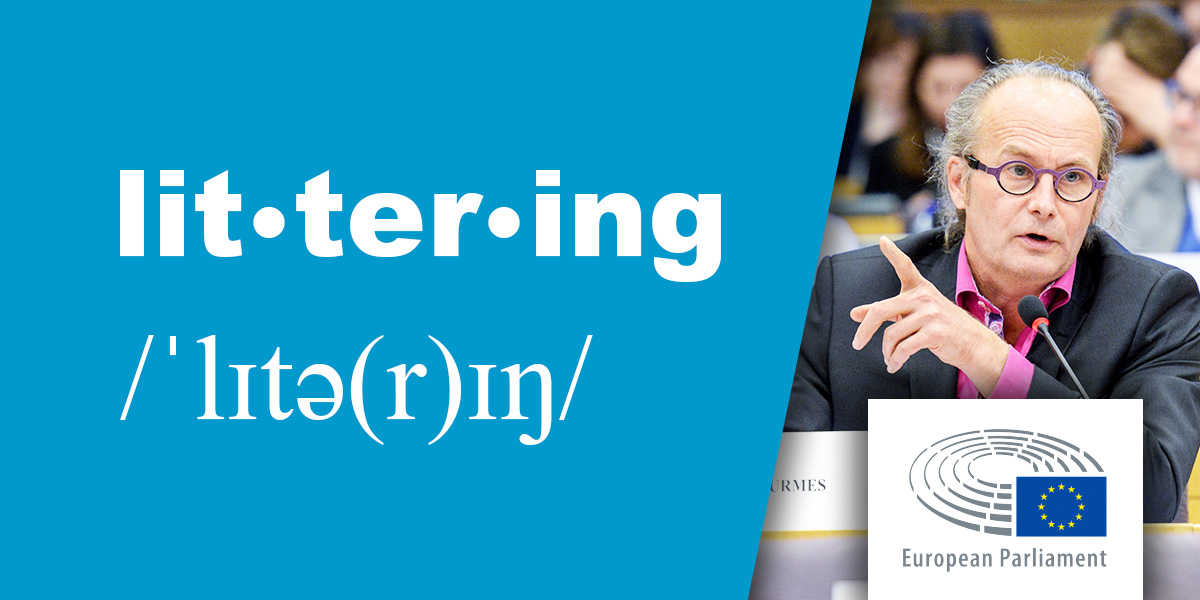 The European Parliament’s important Industry, Research and Energy Committee has just kicked off the political debate among MEPs on sharing responsibility for litter and prevention of littering in Europe. On the table are recommendations for a legal definition of littering and provisions to make producers financially responsible for litter prevention and collection.

Mr. Poche explicitly asks for the definition of littering to be clarified in the Waste Directive and goes on to provide suggested wording:

“littering means any action or omission by the waste holder, whether wilful or negligent, that results in litter”.

Surprisingly, Mr. Poche does not suggest a definition of “litter”. This would seem to be an omission as the word “litter” is not easily translated into other EU languages. Indeed, some of the existing translations of the Commission proposal (that was drafted in English) are misleading because they loosely translate litter as “waste”. Perhaps a definition of litter will emerge later. However, from the perspective of litter prevention, it is already a major step forward to have a recommendation on the table to create a legal definition of the act of littering in EU law.

Whereas the Commission proposes that producers should be responsible for paying for communication campaigns on litter prevention aimed at citizens, the recommendation from the Industry Committee’s spokesman goes much further. He says they must foot the bill for prevention (which could mean much more than information and communications and might be interpreted as paying for infrastructure like litter bins) and collection (which would mean paying for litter cleansing – sweeping the streets and tidying the parks, for example).

Other members of the Industry Committee will be able to put forward their draft amendments before 16 June. A final selection of proposed amendments will be voted on by the full committee in September.

This package will then be forwarded to the powerful Environment, Public Health and Food Safety Committee which has the main responsibility for preparing the overall position of the European Parliament for negotiation with the 28 EU member states (the Council of Ministers) and the Commission. The lead spokesperson for the Environment Committee is another socialist, this time from Italy – Simona Bonafè. The committee aims to finish its work in November this year before opening negotiations with Council and Commission.

While the Commission is the only part of the EU machine that can initiate legislative proposals, it is the European Parliament and the Council of Ministers that share the final decision-making power equally. Experience shows that about half of the changes that Parliament promotes find their way into the final law. The Clean Europe Network will be observing at close quarters and will be available to decision-makers to share its experience and expertise on the topic, notable on litter prevention.