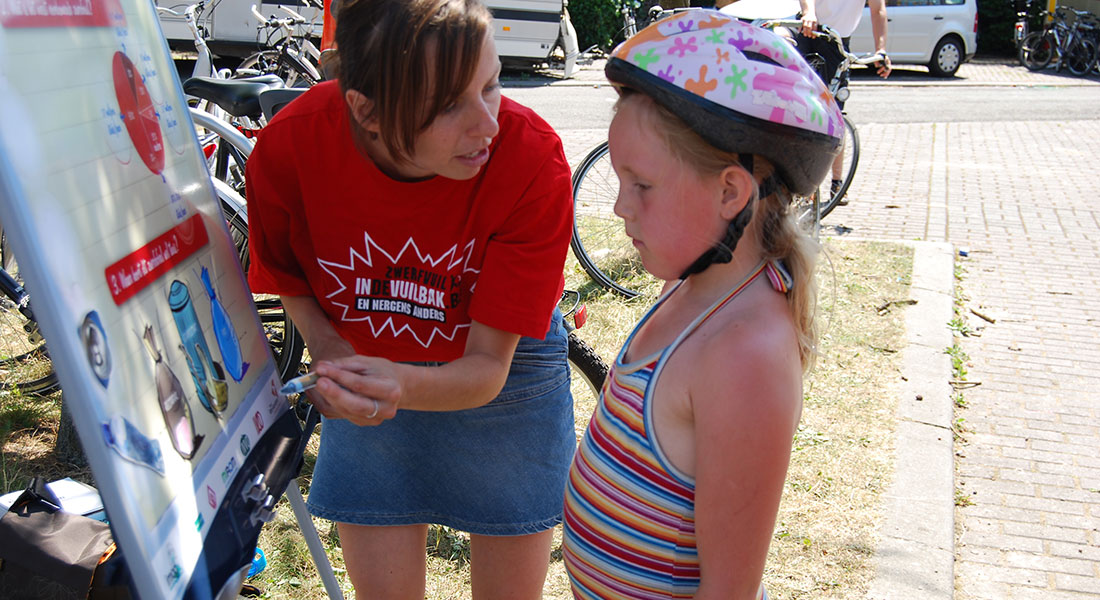 Dropping litter is something people do - whether careless or deliberate. It is a type of human behaviour. Changing that behaviour requires direct interaction with the people who are susceptible to do the wrong thing.

Since this includes everyone to a certain extent, changing the behaviour that produces litter has to start with education. That is, indeed, what some members of the Clean Europe Network focus on. Through the so-called "Green Schools" programme and similar initiatives aimed at youth groups, our members work with thousands of schools and millions of children to explain to them at an early stage why it is best to dispose of rubbish responsibly.

Other ways of changing people's behaviour is by intercepting them at the moment they might be tempted to drop litter and either give them a solution to their problem (a bin in which they can throw away their rubbish) or communicate to them in a way that will convince them to dispose of their waste responsibly.

For example, one of our members, Keep Denmark Tidy, has explored and experimented with many ways of providing solutions to people in particular situations. For example, they developed huge road-side bins for truckers to throw out their waste products in a fun and convenient way.